In the new Table Top Champs season we added a bunch of dice meshes for you to use in your board game creations. This package allows you to have the dice be spawned and launched into the air (effectively doing a dice roll.) before landing on the terrain in a semi-random order. There is also a few utility scripts that will work out the total on each dice for the 6-sided die type. basically it looks at what face is pointing up and should correctly score them. 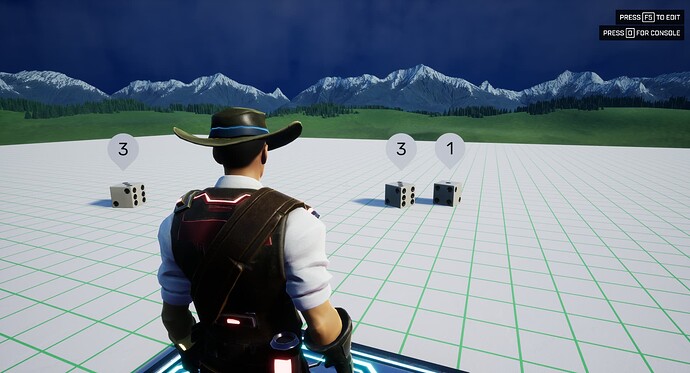 Search the Community tab for ‘Dice Roller Package’ and install the package.

To get the basic dice rolling effect all you need to do is drag out the dice roller template. You will need some sort of trigger or event to run the appropriate function. I suggest also pulling in the dice roller example and then in the trigger that this template contains make sure to link the entity to your ‘diceRoller’ entity and check the ‘diceRollerScript’ is the active script and that the Active() function is called.

To get the scoring for the total dice scores working you also need to drag in the diceWatcher template. But, each dice will show their current score out the box if you use the 6-sided dice type.