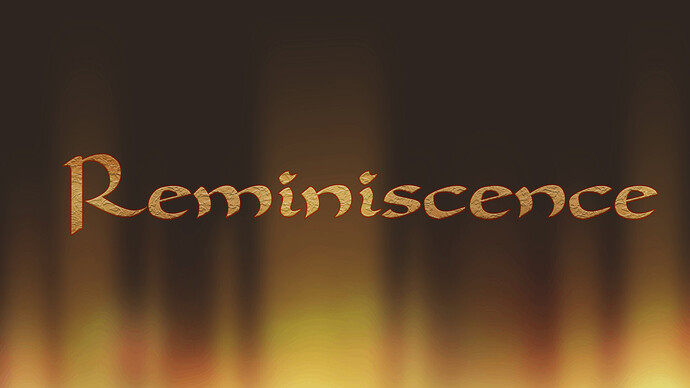 Reminiscence is a package inspired by the message system of souls-like games.
It contains a set of tools that allows both creators and players to create custom messages that persist between games:

The package is Drag & Drop ready so you don’t need any extra work to make it work, but if you want to change any of its settings you can do it in a simple way. Let’s take it one step at a time:

What is a persistent message? 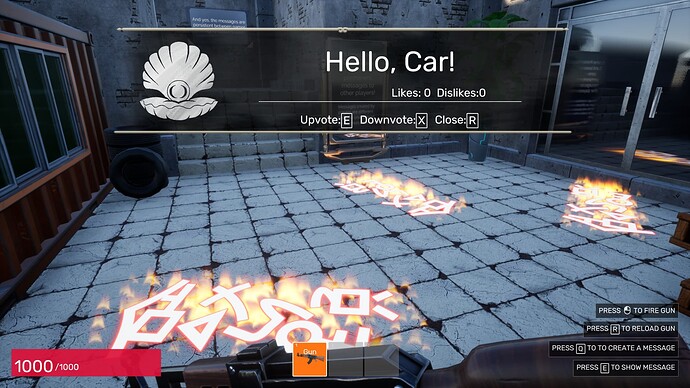 A persistent message is a note you can add both in the editor and in-game that persist between sessions.
Messages contain the following information:

By combining a phrase with a word, you can achieve all kinds of results, for example: Enemy ahead! | Look up | Don’t jump

All of the info above is persistent but the name of the player who created the message, which is only saved during the session it is created. It is done that way in order to notify users when someone upvotes or downvoted their messages. You can find more info about that later.

The possibility for players to create their own messages at will can be activated and deactivated from User - Message System - Can Create Messages
If you want players to be able to create messages only in certain areas you can use the Toggle Message Creation Trigger template to activate and deactivate it. 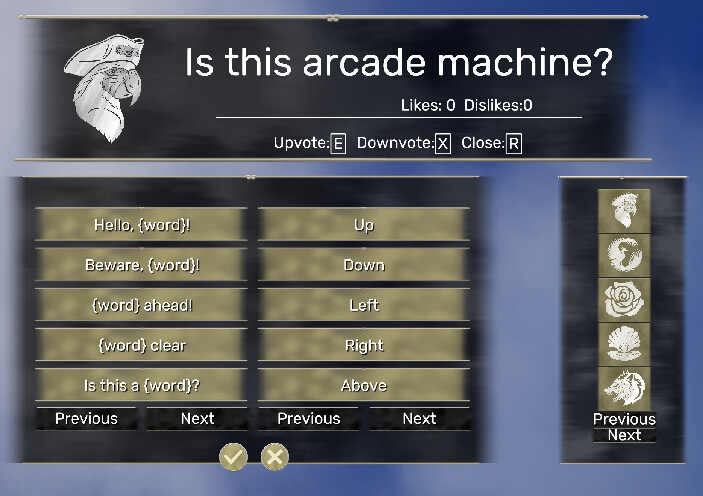 When players press extra2 button (Q on PC) and CanCreateMessages is enabled the message creator widget will pop up (above image).
Three different columns can be seen: phrases, words and images in that order. You can navigate through them with Previous and Next buttons.
Every time you click on a button the preview message will be updated so you can see how it will look like once published.

Note that you won’t see the publish button until you select a phrase, a word and an image. Otherwise you’ll only see the close button.

Phrases, words and images can be added, removed and changed from the messageCreatorWidget widget, Presets group

How to change the style

The package comes with two predefined styles and the possibility to customise it to your liking without touching a single line of code as seen in the video above.

Go to User - Message System and you will find a property called currentStyle in the messageDisplayWidget and messageCreatorWidget widgets.
Both of them also have a group named Style Settings where you can customize from the container images to the text colors for each style: 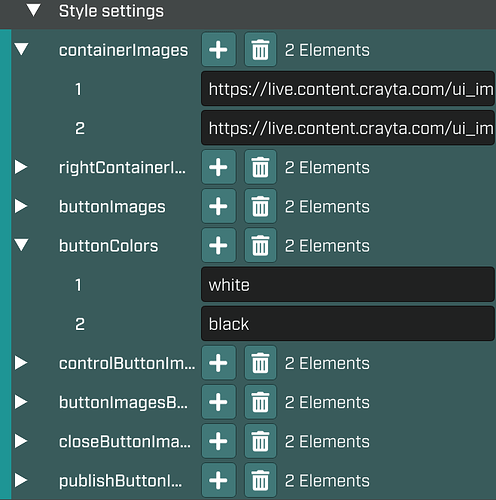 World messages (World Message template) can also be customized through its properties in the worldMessageScript script and worldMessageWidget widget.
In the script you can change whether it is a message placed by the creators of the game or if it will be used by players in runtime. If they are predefined by the creators you can set its phrases and words presets or add a custom message. Remember that you have to use {word} in a phrase so it will be replaced but the word you choose:
Phrase: Hello, {word}
Word: player

How to change controls 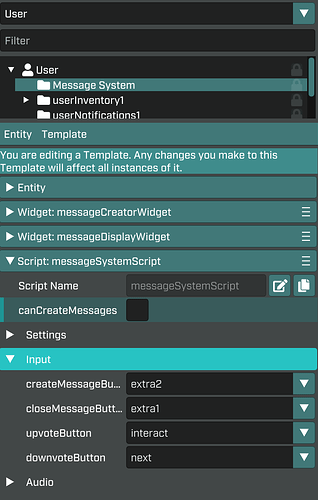 World Message Handler (world locator) - This template has what you need to load as many messages created by players as you want. From the worldMessagesHandlerScript script you can change these settings:

Do you have any suggestions or found any bug? Let us know here or Discord: discord.gg/crayta