Evil Doors is a package that allows you to setup transitions just like in the old resident evil games. It adds flavor and ambiance to your game and also enables you to build your map without having to connect every room and every door, because the player is teleported.

How does it work:

When a player interacts with an evil door, there is a fade to black effect, then the door is moved client side, then the player character is sent to a place I called limbo, which is a position far away (-10000 in the Z axis by default). This is necessary so that other players won’t see that player just standing there for the duration of the transition doing nothing, and also in case the player is being chased by enemies… Then the player is attributed the evil camera, then the transition happens. After a few seconds, the player appears at the destination.
It comes with 3 templates: 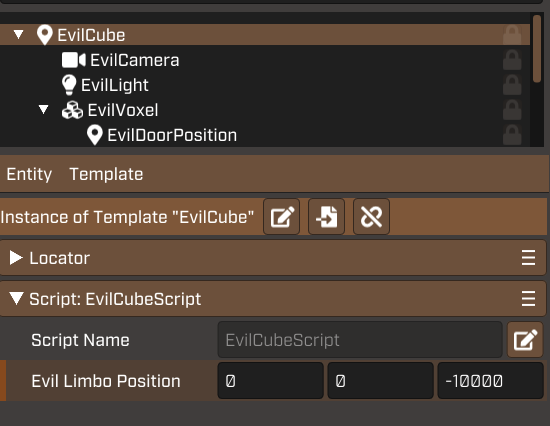 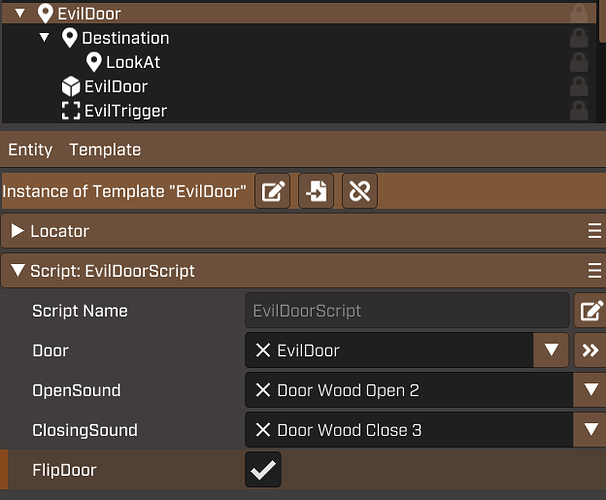 Evil Door is a door in your game with which the player will interact. It contains a destination locator which is where the payer should appear when the transition has ended, which itself contains a LookAt locator which is where you want the player to look at. The template contains the door itself, which here is called EvilDoor, which you can replace with the door of your choice, which must be a mesh with “opening” and “closing” animations. Then there is the trigger which will monitor player interaction with the door.