TALOS is an episodic narrative adventure set on the edge of space.

Major Eileen Bowman is sent in search of TALOS, a spy satellite that has gone missing. However, she will discover something outside of human reasoning.

ㅤ
The game is text-based. Which means as a player, you will have to read. During the game, you will have to make choices. Those choices will directly impact how the story goes. You can miss information but you can also die, which results with a game over scene. 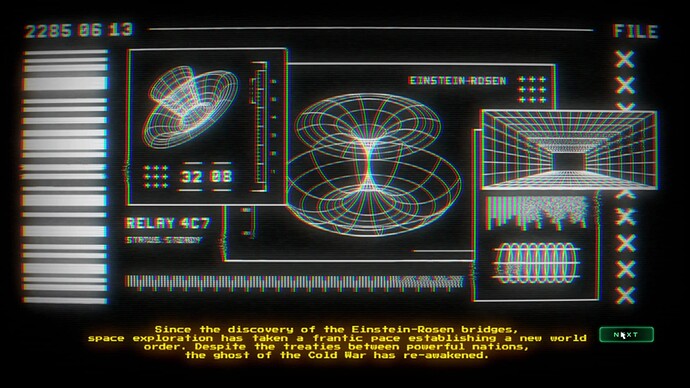 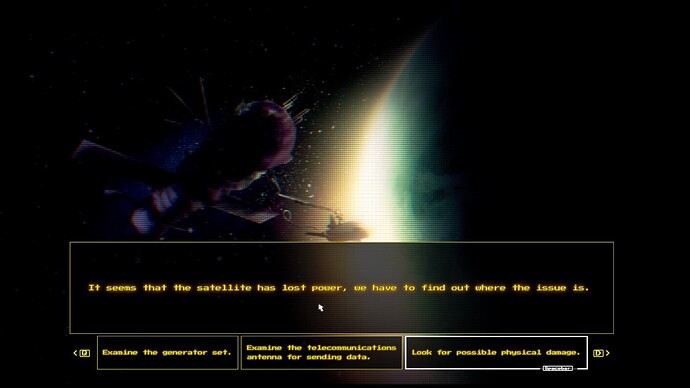 ㅤ
During your space journey, you’ll have to resolve enigmas. Codes, and color patterns to remember, there are a few different ones. Some can be solved with logic, some others will need you to have certain information (i.e. code) 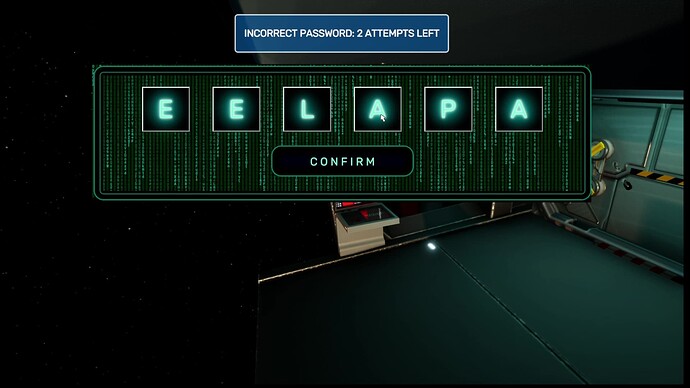 Talos_23min_Moment(3)1920×1080 114 KB
ㅤ
Rarely, you will have some actions to do such as pressing a button repetitively or looking around with the camera to find intractable things. It gives another dimension to the game. 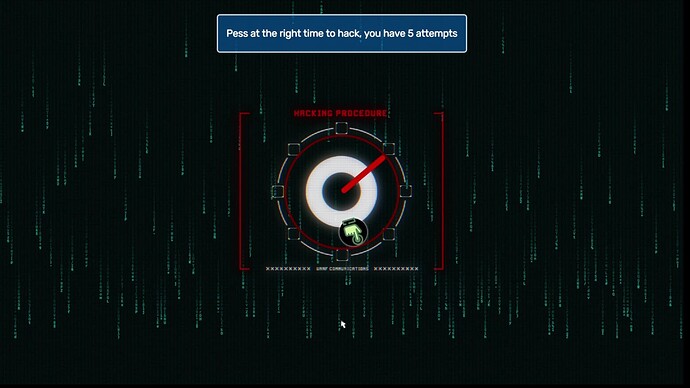 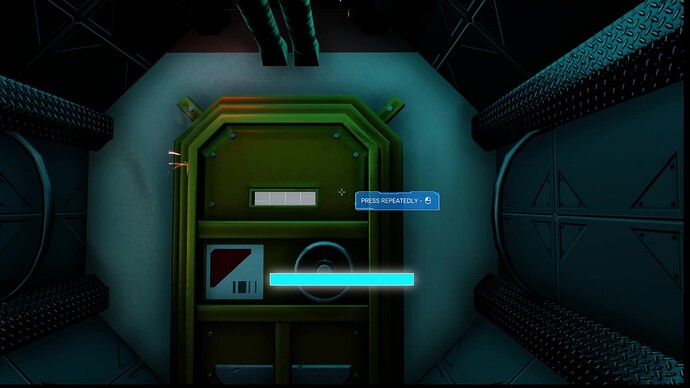 ㅤ
This game is well done, however, the team took a big risk with this type of game. Indeed, the reading parts slow down the gameplay while the actions speed up the gameplay and are increasing the fun.

Note that if you like reading books, this game is made for you. But if you’re more of an active player, then you will fastly get to press next to the reading parts and randomly pick a choice to get to the action.

The fun varies depending on who is playing. I had a lot of fun during the enigmas, and actions parts. But I’m not a big reader person so I felt a bit “waiting” for the next part. 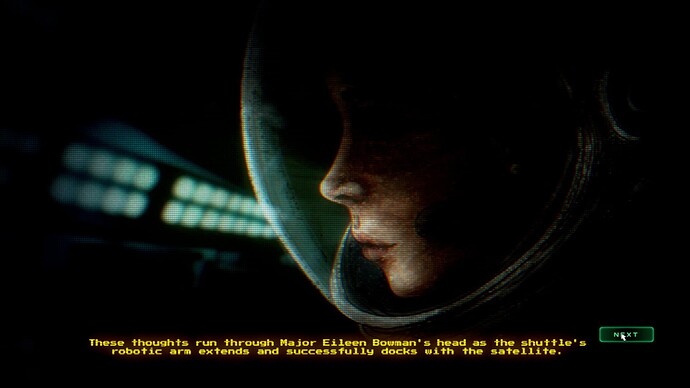 ㅤ
The game has a lot of potential and is well-produced. The drawings are high quality and enjoyable. The story is well-written and the choices matter which adds a lot of deep. But the game is too focused on that side.

Indeed, the “action” parts are short and there aren’t enough of them. I would have had a “fast version” where read less and play more.

The game is fully in English which makes sense because of the community but a lot of players don’t read English or even do not read at all. So you’re cutting off a big part of the community, especially for a UGC community with a 13-year-old average.

Even though the game is good, I think this type of game should be created for players out of Crayta.

ㅤ
This grade is my personnal overall feeling for the game, it’s not supposed to create any problems
ㅤ
ㅤ
GAMEPLAY - 3.5 / 5
The gameplay when you have to do things in the game is interesting and well done. But the game is mostly reading texts and clicking over different choices which can be frustrating for players, especially young players or non-English ones.

This type of game is really popular but I don’t think it fits with a UGC platform.

The game is good, well-written, nice drawings, and has no bugs.

ㅤ
ㅤ
REPLAYABILITY - 3 / 5
I finished it until I reach the final text. I know that there are different scenes depending on what choices you did. So you can start a new game and have scenes you didn’t see during the previous one. If the game has a lot of different scenes, it can be interesting for players who want to know more about the story and lore.

However, because of the gameplay, most people will play it once, but won’t get back to it. They don’t wanna have to go back to all the scenes, especially the beginning which can be very long. This is the sadness of a UGC platform where players look for fast playable games and easy to play.

RETENTION - 1 / 5
I’m sorry to say that I don’t think there is real retention to the game. Indeed the multiple scenes, maybe even endings will make some people come back later to the game. But the general part of the community won’t. Creating retention in this type of game is a real challenge.

Maybe adding a score depending on the choices you made, or even earning points to buy story parts to unlock?

But the game is mostly a one-go session.

ㅤ
ㅤ
AESTHETIC - 4 / 5
The game is gorgeous, the drawings are very well-made and the story is also well-written. The scenes created in Crayta are nicely designed. There is a big work on that side and I could feel that you loved what you did. I love space-related stuff and your game has good vibes with space.

The little issue is that it’s maybe too much of drawings. I personally would have loved seeing more scenes created with Crayta.

ㅤ
As retention is mostly what U2G is seeking for this jam. I think you will miss the top 5.

But aside from retention, the story and the art are beautiful. You could hit the Vision of Perfection award even though I think that drawings aren’t UI and there are not enough scenes created with Crayta to judge the quality of the building.

I think you have a high chance to win the Simple Clicks" award. Indeed your game is quite simple to play as 100% of the game is playable with the mouse.

If you don’t win the Simple Click award, then you will win an honorable mention or the Judges Choice Special Award.

ㅤ
I loved the game and the story. The art is really nice and I had a very good moment playing it, please, don’t take anything I said above the wrong way. I made the test and this judgement with a neutral position. This is entirely my feeling and it can be totally wrong.

It is an honor to be the first on your feedback list, thanks for spending some time on it.